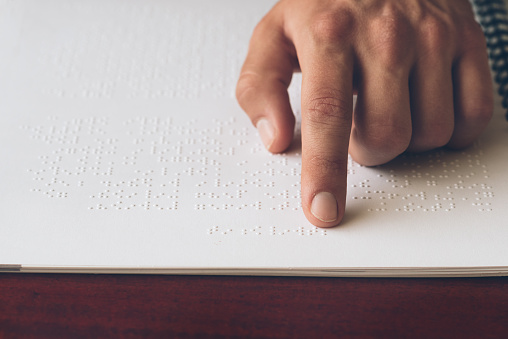 On January 4th, 1809, Louis Braille was born. Louis Braille was a child who lost his vision in an incident involving a sharp tool at the age of 3. During his early life, Louis had an interest in “night writing”, a military code used by the French Army in the 1800s. This “night writing” was a way for soldiers to silently communicate in the dark. At 15 years old, Louis Braille simplified the French soldiers’ code so that it was easier to use and understand. This was the beginning of the Braille System that is still used today.

Braille is a system of raised dots that are felt with fingertips to give blind people a way to read the words around them. The raised dots are arranged in a way that represents letters, numbers, and other characters. There are two different versions of Braille. The first is uncontracted, where each word is spelled out. The second is contracted, similar to shorthand. There is also a type of Braille, the Nemeth Code, that is for working with mathematics.

World Braille day reminds us of the impact that Braille has on the daily lives of people living with blindness. Braille is a key factor in obtaining literacy equality. Without braille, people with blindness or vision loss wouldn’t be able to read anything on their own. Braille helps people to live more independently.

On World Braille Day, further, educate yourself on braille. Learn about all the ways that it makes life easier for those who are blind. You could even join groups that help incorporate Braille into more parts of everyday life.